What are the uses of fasteners 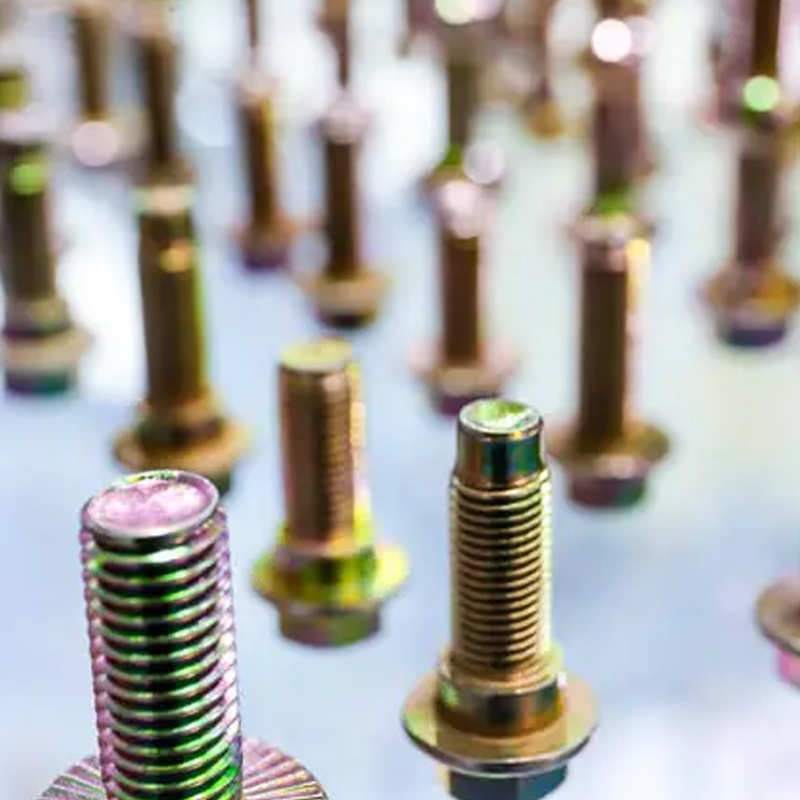 Fasteners are a general term for a type of mechanical parts used to fasten two or more parts (or components) into a whole. Also known as standard parts in the market. It usually includes the following 12 types of parts: 1. Bolt: A type of fastener consisting of a head and a screw (a cylinder with an external thread), which needs to be matched with a nut and is used to fasten the connection between two parts with Through-hole parts. This form of connection is called a bolted connection. If the nut is unscrewed from the bolt, the two parts can be separated, so the bolt connection is a detachable connection. 2. Stud: A type of fastener that has no head and only has external threads on both ends. When connecting, one end of it must be screwed into the part with the internal threaded hole, the other end must pass through the part with the through hole, and then screw the nut, even if the two parts are tightly connected as a whole. This form of connection is called a stud connection, which is also a detachable connection. It is mainly used for occasions where one of the connected parts is thick, requires a compact structure, or is not suitable for bolt connection due to frequent disassembly. 3. Screw: It is also a type of fastener composed of head and screw. It can be divided into three categories according to the purpose: machine screw, set screw and special purpose screw. Machine screws are mainly used for a fastened connection between a part with a fixed threaded hole and a part with a through hole, without the need for nut matching (this connection form is called screw connection, which is also a detachable connection; it can also be Cooperate with the nut, it is used for the fast connection between two parts with through holes.) The set screw is mainly used to fix the relative position between the two parts. Special purpose screws, such as eyebolts, are used for hoisting parts. 4. Nuts: with internal threaded holes, generally in the shape of flat hexagonal cylinders, and also in flat square cylinders or flat cylinders, with bolts, studs or machine screws, used to fasten and connect two parts, so that the become a whole. 5. Self-tapping screw: Similar to machine screw, but the thread on the screw is a special thread for self-tapping screw. It is used to fasten and connect two thin metal components to make them a whole. Small holes need to be made in advance on the components. Due to the high hardness of this kind of screw, it can be directly screwed into the hole of the component, so that the Forms a responsive internal thread. This form of connection is also a detachable connection. 6. Wood screw: It is also similar to machine screw, but the thread on the screw is a special rib for wood screw, which can be directly screwed into the wooden component (or part), used to connect a metal (or non-metal) with a through hole. The parts are fastened together with a wooden element. This connection is also a detachable connection. 7. Washers: A type of fastener that is in the shape of an oblate ring. It is placed between the supporting surface of the bolt, screw or nut and the surface of the connecting part, which increases the contact surface area of ​​the connected parts, reduces the pressure per unit area and protects the surface of the connected parts from damage; another type of elastic washer, It can also play a role in preventing the nut from loosening. 8. Retaining ring: It is installed in the shaft groove or hole groove of the machine and equipment, and plays the role of preventing the parts on the shaft or the hole from moving left and right. 9. Pins: mainly used for parts positioning, and some are also used for parts connection, fixing parts, transmitting power or locking other fasteners. 10. Rivet: A type of fastener consisting of a head and a shank, which is used to fasten and connect two parts (or components) with through holes to make them a whole. This form of connection is called rivet connection, or riveting for short. It belongs to the non-detachable connection. Because to separate the two parts that are joined together, the rivets on the parts must be broken. 11. Assemblies and connecting pairs: Assemblies refer to a type of fasteners supplied in combination, such as a combination supply of certain machine screws (or bolts, self-supplied screws) and flat washers (or spring washers, lock washers); connection Auxiliary refers to a type of fasteners supplied by a combination of special bolts, nuts and washers, such as high-strength hexagon head bolts for steel structures. 12. Welding nails: Due to the heterogeneous fasteners composed of light energy and nail heads (or no nail heads), they are fixed and connected to a part (or component) by welding so as to be connected to other parts.

The difference between hardware and machinery

The difference between hardware and machinery